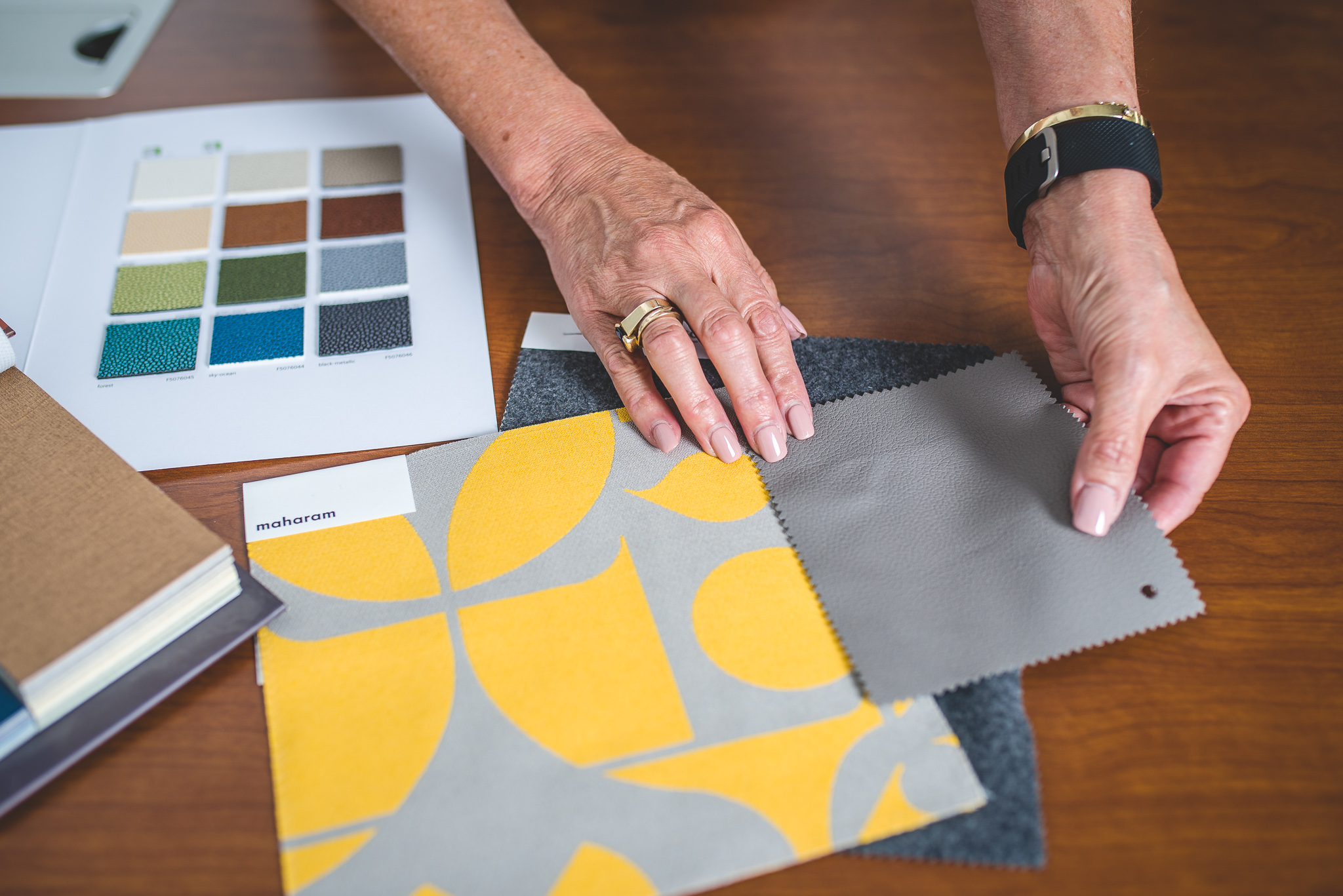 Read all about how Randy’s Booth Co. has become what it is today. 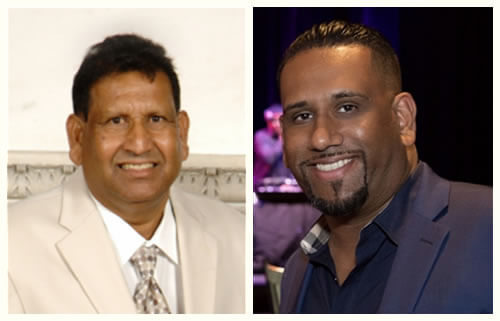 The late Randy Kissoondath, an immigrant from Trinidad and Tobago, came to the United States with nothing but his entrepreneurial spirit and a drive to make fix and make things in the 1970s. When he was in his early 20s he started making his way and his own niche in the seating industry, gaining not only a business but a devout following with designers, architects and builders alike. Across the nation they all wanted his designs of booths and interior furnishings.

“My dad always worked nationwide, but only through word of mouth,” Bert said. “Back then he had 40 employees and was working for chains like Hyatt and Perkins.” Locally, his customers included such names as Mancini’s Char House, Nye’s and O’Gara’s. The elder Kissoondath made such a name for himself that even after he sold his company when he was 45 due to health issues, the moment he started back up again at the age of 58, his customer base was right there waiting for him. “He wanted to start small, play with his classic cars,” Bert remembered. “But once he reopened it was crazy how all the old designers and architects came back and wanted to work with him.” According to Bert, Randy had left a mark when he closed. But his brand and quality had made such a name for the business that the loyalty of their customers eclipsed the years they weren’t in business.

Bert, now 36, was only 24 and was working as a banker when his dad recruited him to help build the new business from scratch. “At the time, when I took that leave of absence from work, I didn’t know I wouldn’t be coming back,” Bert said, laughing at the memory. However, it wasn’t like he was put in a position of power at the beginning, even being the owners son. No, Bert started well below where he worked as a sales associate when he was a teen. “Sure, I knew how to sell our product, but when I came back, that was all I knew how to do,” Bert said. His dad quickly put him to work at the ground level, sweeping the shop, building the frames, loading and delivering the finished pieces. His days were full of late nights and early mornings – all for the sake of learning how the company worked from the ground up. “I wouldn’t have had an appreciation for this business if I hadn’t learned how to handle all of the working parts that it make up,” Bert said.

However, in 2009, less than two years later, tragedy struck. Bert went out to sign papers that would take his family’s company national again, but upon his return the next morning his father had died of a heart attack, waiting on Bert’s news. “It felt like over night I had to learn how to run a business he had been running his entire life,” Bert said. “And just because he was great at it, didn’t mean I was going to be.” So he had to dig deep. Bert borrowed hundreds of books from the library, not just on running businesses but market trends, industry know how and everything he could that would possibly pertain to his company. He looked over his dad’s old papers, designs and plans for the business. Bert learned everything he could and then some, as quickly as possible because this was sink or swim, do or die for him and his father’s business. “It meant a lot to me to have those two years with him, building this business,” Bert said. “But after he passed I didn’t know what was going to happen. He was the company, he was ‘The Guy’, but I knew if I didn’t try, I’d fail anyway.” Two years after his father’s passing, Bert took the family business national, making it a success in the following six years, that his father would be proud of. 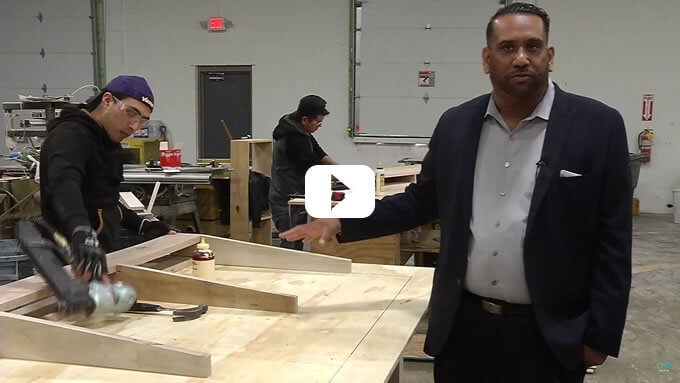 “My father tried to teach me through the values of his work,” Bert said. “Everything was handmade and quality was what was most important. If you didn’t have pride in your work, it showed in the finished product.” And the same can be said for the product coming out of the company now. While the number of employees may have dropped since his father’s original business in the 1970s, the current 20 employees are a close-knit work family, working towards the success of the company and the expansion of the line. What they design on paper, they see through from building to install, including their own growth and expansion.

Prior to moving to Crystal, the company was based in a revamped bakery in Northeast Minneapolis. They were renting 55-foot containers for storage of supplies and finished product, simply because the space wasn’t big enough for production, office work and all the storage they needed. “I made it work for as long as I could, but it got to the point that we didn’t have enough workspace for all our employees,” Bert said. “And we needed better in and out loading capabilities.” According to Bert, he waited so long to move because he wanted both his customer base and bank to affirm that he was secure enough to do so. With the green light from both, he went on a hunt for the perfect location and found the old Red Rooster building in Crystal. In September of 2017, the company officially moved. “It was 6 miles from our other location, making it accessible to our customers and workers. But the reason I loved this building was because of the 2 acres of land that I can expand on later,” Bert said. The building, after renovations, now has offices upstairs, a plant downstairs, 20-foot ceiling clearance for storage, and a show room. Not to mention a new parking lot, a loading dock with updated doors, and new restrooms.

“With the move I’ve seen an increase in profitability and in efficiency simply because we have to space to work on more orders and not be on top of each other, which gets them out faster,” Bert said. But he attests that it’s a group effort– he couldn’t do it by himself. A prime example was the work they did leading up to the Superbowl for the celebration at the Armory, with new walls, poster panels, custom tables and seating for multiple levels. “To me it just showed how much we could get done on top of the main work we get from our regular customers,” Bert said.

As a testament to his success, this May, Randy’s Booth Company Inc. was named Minnesota’s Family Owned Business of the Year by the U.S. Small Business Administration. Grateful for the award, Bert knows it won’t change the fire driving him inside to make his father proud. “I don’t do this to be recognized, I do this for my dad and for my employees,” he said. “If anything it just makes me want to work harder to get to the next level, the next expansion, the next growth.” And maybe even the next generation. It’s been 12 years since the company has started over and passed generational hands and is still going strong.

At age 36, Bert has many years of business ahead of him, and already his 6-year-old son wants to be booth builder with a workshop just like his dad’s. But until the reins get passed again, Peyton Kissoondath will continue to learn the ropes and every time they visit a restaurant that contracted Randy’s Booth Company you’ll be sure to hear him tell them proudly, “My dad built that.” 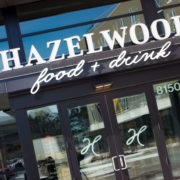 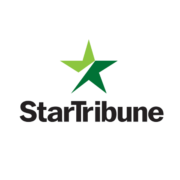 “I grew up with this,” said Randy’s Booth CEO Bert Kissoondath. His father, Randy, founded the custom furniture shop. The late Randy Kissoondath, a dirt-poor immigrant from Trinidad and Tobago, began his entrepreneurial journey in the 1970s
... continue reading »